Two Belarusian coaches involved with the early departure of sprinter Krystsina Tsimanouskaya, who traveled to Poland this week after being told she had to return back to Belarus, have had their Olympic accreditation revoked, the IOC announced Friday.

Athletics head coach Yuri Moisevich and team official Artur Shumak were removed from the Olympic village and had their credentials revoked in response to the IOC investigation into the events leading up to Tsimanouskaya being sent home early. 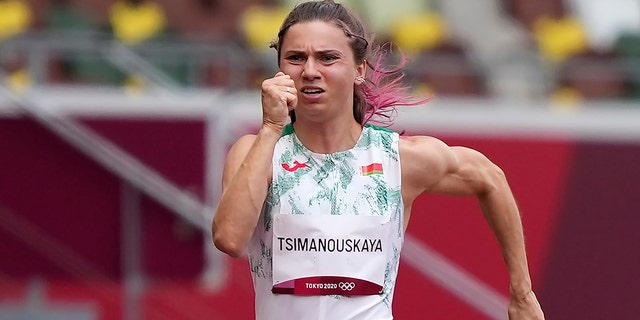 “The two coaches were requested to leave the Olympic Village immediately and have done so,” the IOC said.

According to AFP, the coaches “will be offered an opportunity to be heard” but the steps taken against them were done “in the interest of the wellbeing of the athletes.”

After posting a message on social media that criticized the way her team was being managed, Tsimanouskaya said she was told to pack her bags. Team officials told her to say she was injured and had to go home early.

“… The head coach came to me with the team representative and they said there was a decision made to send me home, we are not the ones who made the decision, we are only executing it. You have 40 minutes. You have to pack your things and go to the airport,” she told Reuters on Thursday.

She said that while on the way to the airport with her coaches she was contacted by her grandmother who told her not to return to Belarus over fears that she would be sent to a psychiatric ward.

According to The Associated Press, Tsimanouskaya said she approached airport police and translated a plea for help using her phone.

She eventually made her way to​​ Poland where she was given a humanitarian visa.