In media news today, Chris Cuomo stays silent on CNN about the bombshell report on his brother’s sexual harassment charges, and more revelations come to light about the extent of Cuomo’s advising of his brother on the scandal.

Tara Reade, the former Senate staffer who alleged last year that Joe Biden sexually assaulted her in 1993, fired back at White House Press Secretary Jen Psaki for claiming that the allegations made against the president were “heavily litigated” during the 2020 election cycle.

During Wednesday’s press briefing, New York Post reporter Steve Nelson connected President Biden’s call for Democratic New York Gov. Andrew Cuomo to resign following the sexual harassment allegations made against him to the list of the various allegations that were made against the-then Democratic candidate for president, mentioning Reade by name as well as the group of women who accused from the former vice president of unwanted touching.

“Should there be an independent investigation of the allegations into the president as there was into Governor Cuomo?” Nelson asked.

“Well, first, I would say the president has been clear and outspoken about the importance of women being respected and having their voices heard and being allowed to tell their stories and people treating them with respect. That has long been his policy, continues to be his policy,” Psaki responded.

Psaki stressed, “That was heavily litigated during the campaign.”

Reade fired back, writing “Not litigated at all.”

“Ask Psaki: Did I miss the investigation and litigation? I sure did not miss the smears and attacks on my character during Joe Biden’s campaign as I came forward. Was it safe to come forward? I think not,” Reade also tweeted.

Psaki did not immediately respond to Fox News’ request for comment.

This isn’t the first time Reade took issue with Psaki’s remarks from the White House podium.

Following the shocking Pennsylvania Supreme Court decision that overturned the sexual assault conviction of disgraced comedian Bill Cosby, Psaki declined to weigh in on the ruling itself at Wednesday’s press briefing but spoke about Biden’s activism in combatting violence against women as a nod to Cosby’s victims.

“The president has long been an advocate for fighting against violence against women,” Psaki told reporters in June. “For ensuring that we are raising the voices and the stories of people who have been survivors of sexual assault.

“That’s something [he] has done throughout his career and will continue to do,” she added. 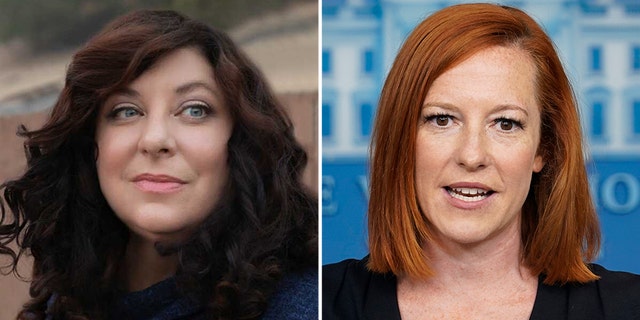 In a statement to Fox News, Reade slammed Psaki’s comments.

“Psaki speaks for the man who is now POTUS who sexually assaulted me and I am sure she has heard me,” Reade told Fox News. “She is complicit with rape culture by displaying her hypocrisy and the administration’s hypocrisy regarding standing up for women when they are the perpetrators.”

Reade, who wrote the recent memoir “Left Out: When the Truth Doesn’t Fit In” about her experience coming forward with her assault allegation was one of eight women who came forward in 2019 to accuse the then-Democratic candidate of inappropriate touching.

A year later, Reade revealed her sexual assault claim on “The Katie Halper Show.” Biden repeatedly denied her claims on the campaign trail.