The Rams wrapped up training camp at UC Irvine on Tuesday afternoon, their 10th and final practice on campus. They now head back to Thousand Oaks as they prepare for their first preseason game, which is on Saturday against the Chargers.

There’s still time to sort out position battles and figure out who on the roster bubble will wind up making the team, but camp helped provide a lot of clarity on the Rams’ current collection of players.

Here’s a stock report from camp, highlighting those who are rising and pointing out players who are heading in the wrong direction. 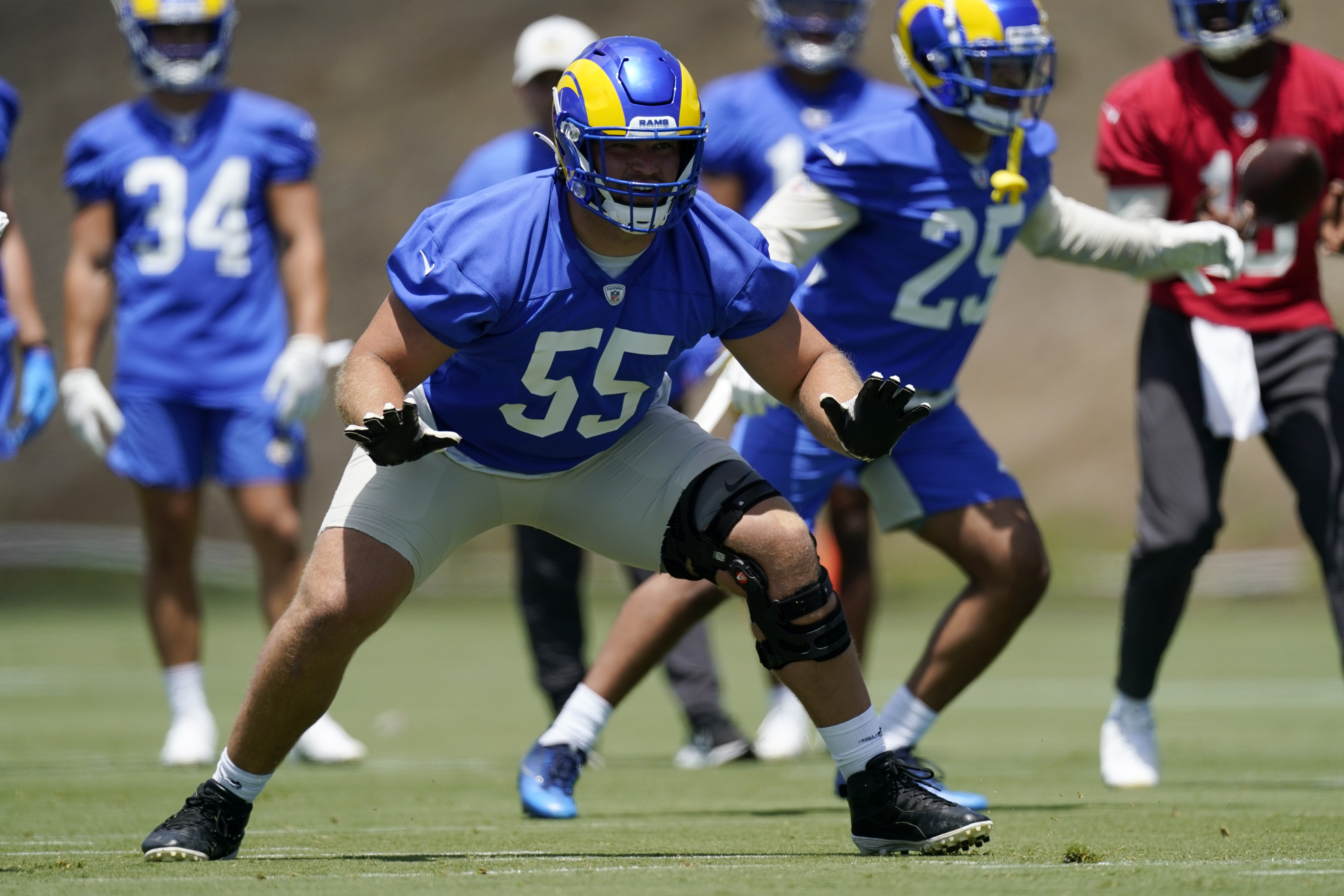 In the final two days of camp, Allen managed to go from clear backup to current starter at center. He took first-team reps on Monday and Tuesday before Sean McVay told reporters at the end of camp that he would be the team’s starting center over Austin Corbett if they were to play a game right now.

McVay even went as far as to say he was one of the Rams’ standouts in camp. Now healthy again, Allen seems poised to start in Week 1. 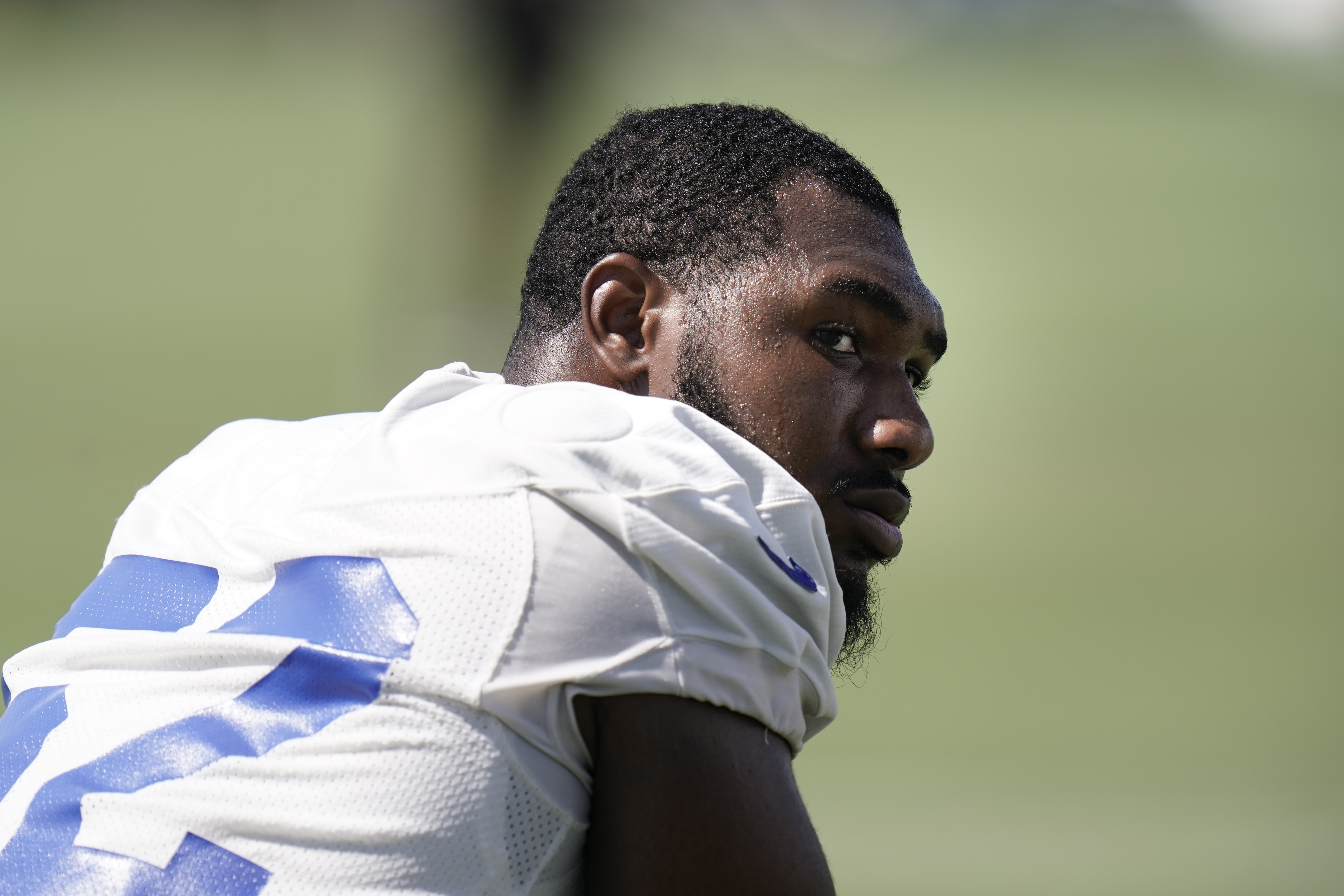 Lewis just can’t seem to stay healthy. He was held out of practice this week after his knee started acting up again, as McVay described it. The second-year pass rusher didn’t have his name called often during camp and is clearly behind Justin Hollins opposite Leonard Floyd at outside linebacker. It seems he’s destined for a similar role as he had last season, coming into the game situationally as a pass rusher. 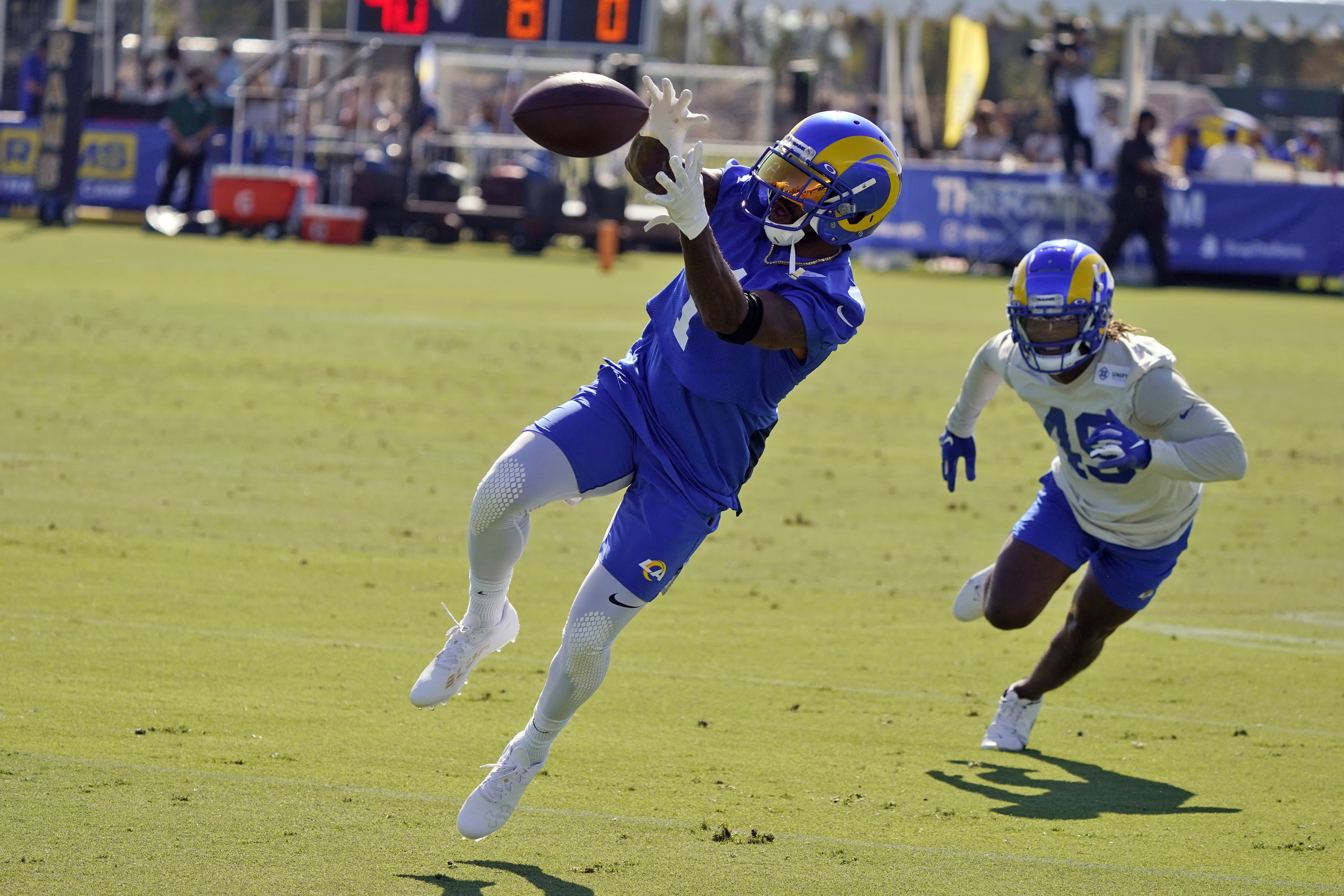 There were plenty of doubters and skeptics when the Rams signed Jackson to a one-year deal worth $4.5 million this offseason, but he’s looked fantastic in camp. Seemingly every day he’s making catches deep down the field for touchdowns, proving he still has that top-end speed and can threaten defenses. Expect him to play a big role on offense this season, assuming he’s able to stay healthy. 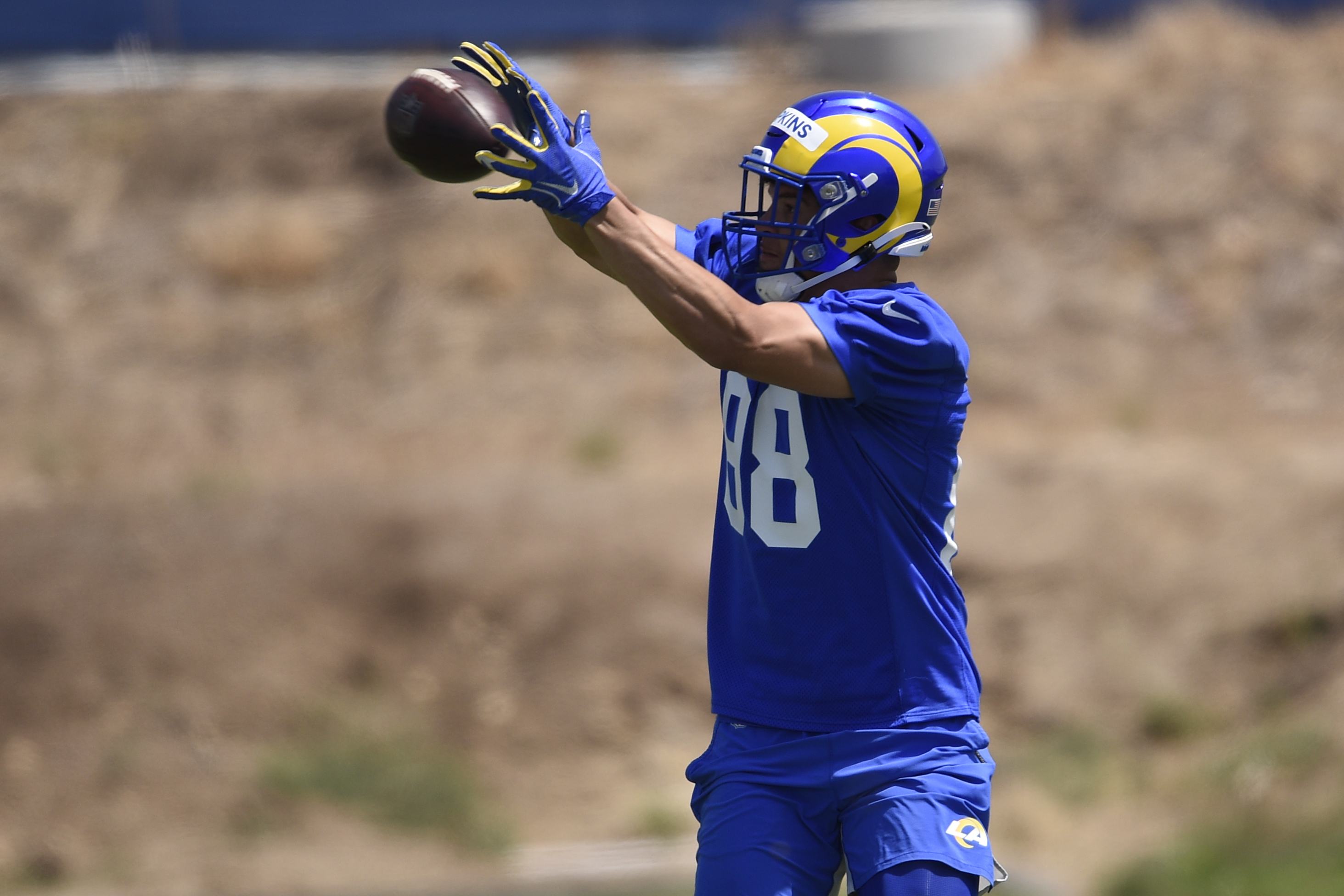 The Rams have shared plenty of highlights of Tyler Higbee and Jacob Harris making plays, and we know Johnny Mundt has been getting reps with the second team, looking like the No. 2 tight end. But Hopkins had a very quiet camp, similar to the way his rookie year went. He’s listed as the third tight end on the depth chart, but it’s hard to see him having much of a role this season, especially if Harris keeps rising the way he has. 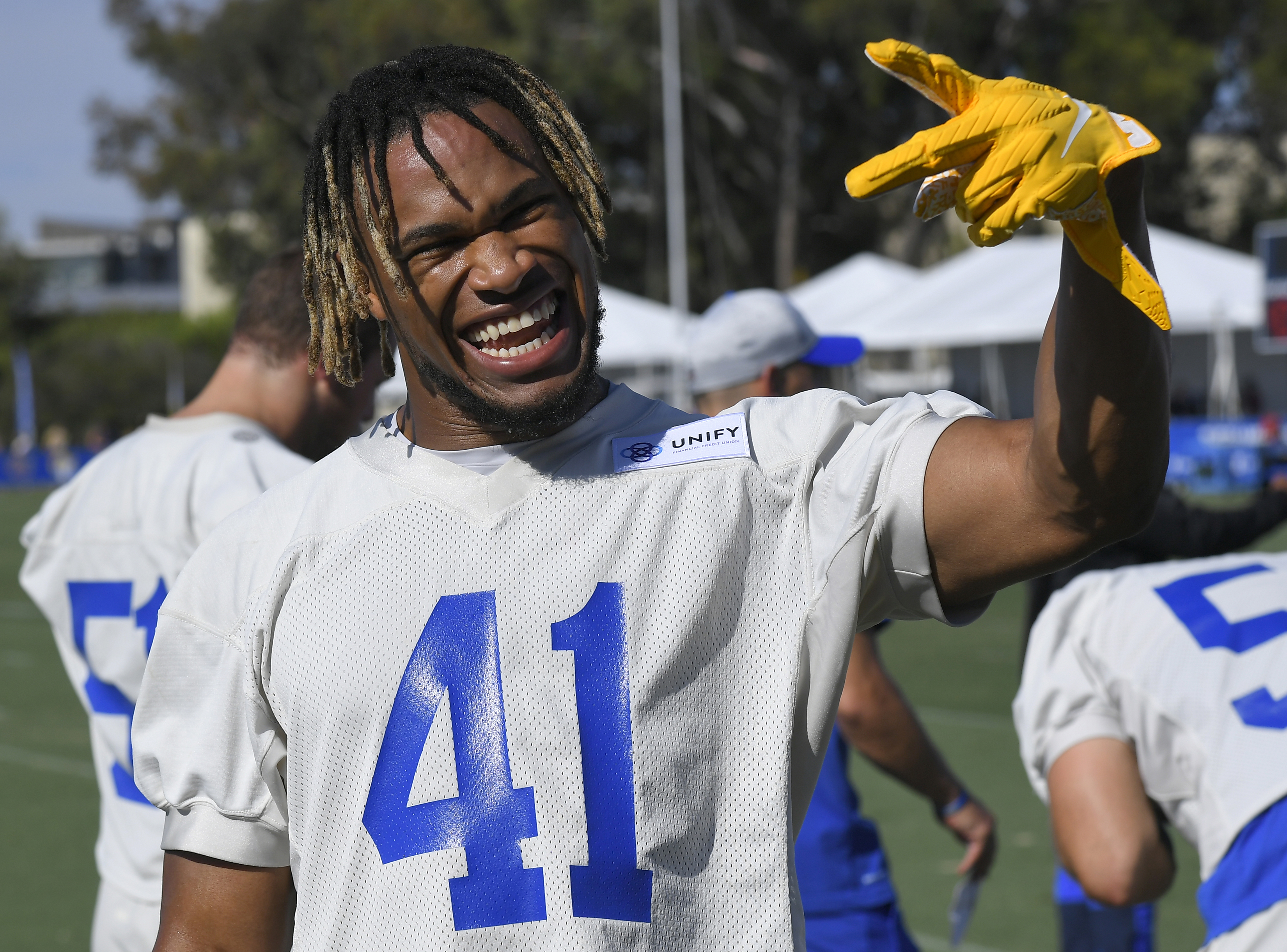 Young has emerged as a likely starter for the Rams at inside linebacker, which is a pleasant surprise. They need a steady player at that position after cycling through guys last season, and Young has previous experience as a starter with the Ravens. He still has to earn the starting spot and it remains to be seen who will be the Rams’ third-down linebacker in nickel and dime packages, but Young really stepped up in camp. 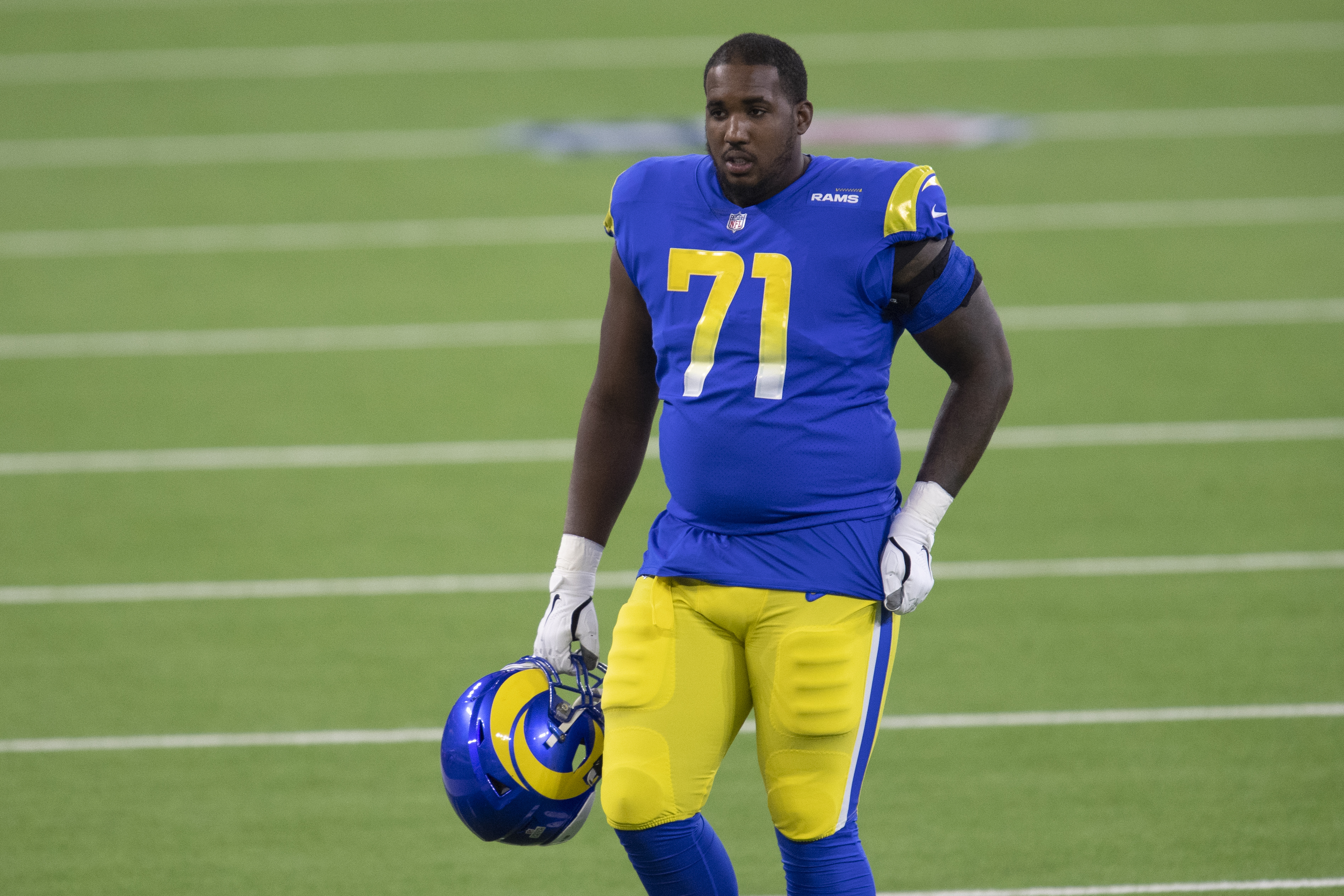 McVay has said glowing things about Allen and Corbett, clearly stating that if Allen starts at center, Corbett will be the right guard. He mentioned that Evans is a guy they have confidence in to come in and play if needed, but he hasn’t earned a starting job on the offensive line. In fact, it might be Evans’ play that has led the Rams to move Corbett to right guard and bumping Allen up to the starting role. Evans is a good player, but he still has room to improve as a guard. 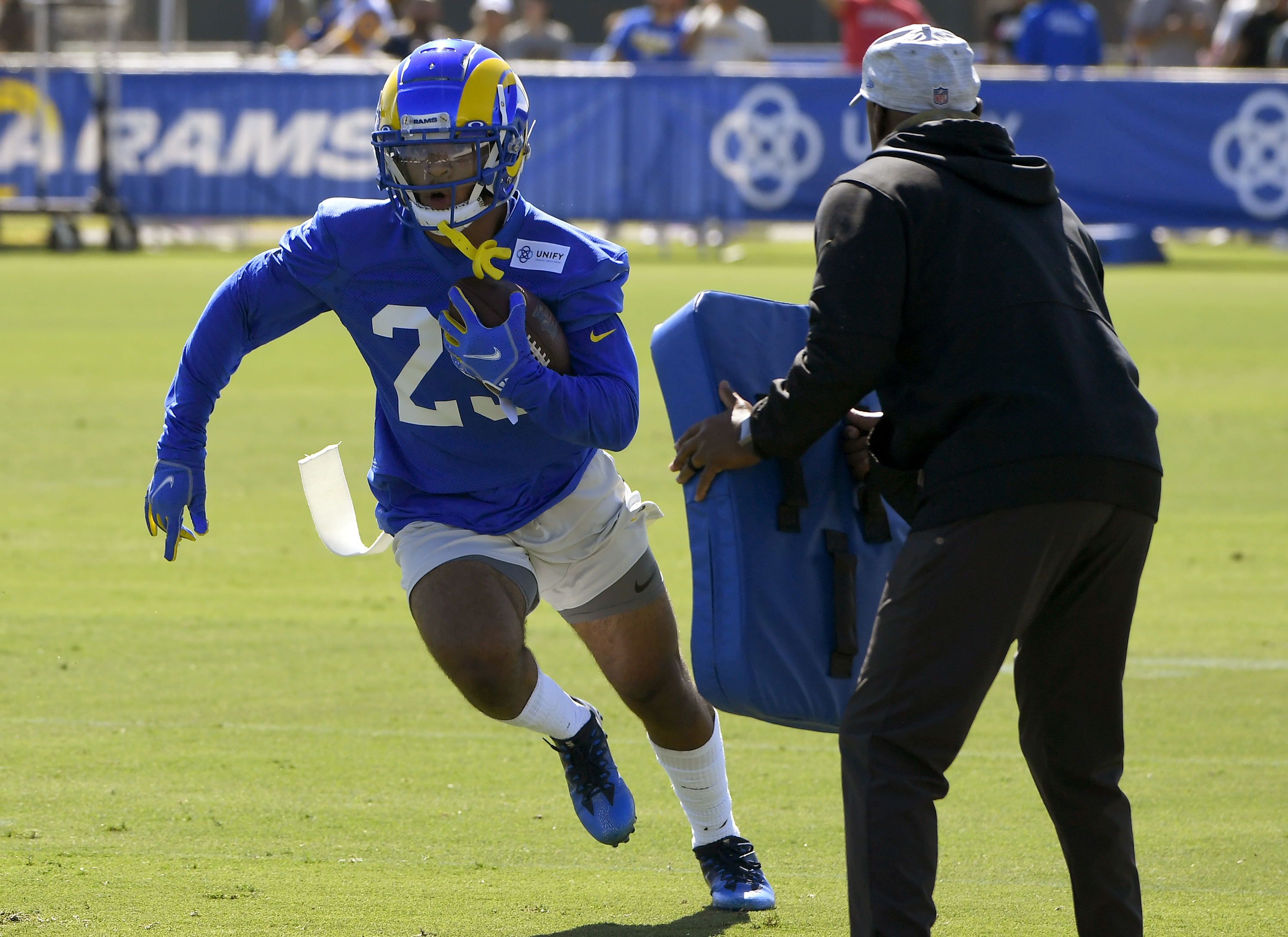 McVay said Tuesday that he thinks Jones is “going to carve out a role for himself” and someone the Rams are “expecting to count on throughout the season.” That’s high praise for the second-year back, and it seems he’s poised to emerge as Darrell Henderson Jr.’s backup. McVay added that Jones is aware and willing in pass protection, a crucial part of playing the position, especially if he’s going to be a third-down back for the Rams. Jake Funk has also done a nice job and impressed McVay, but Jones has received a lot of high marks from the coach. 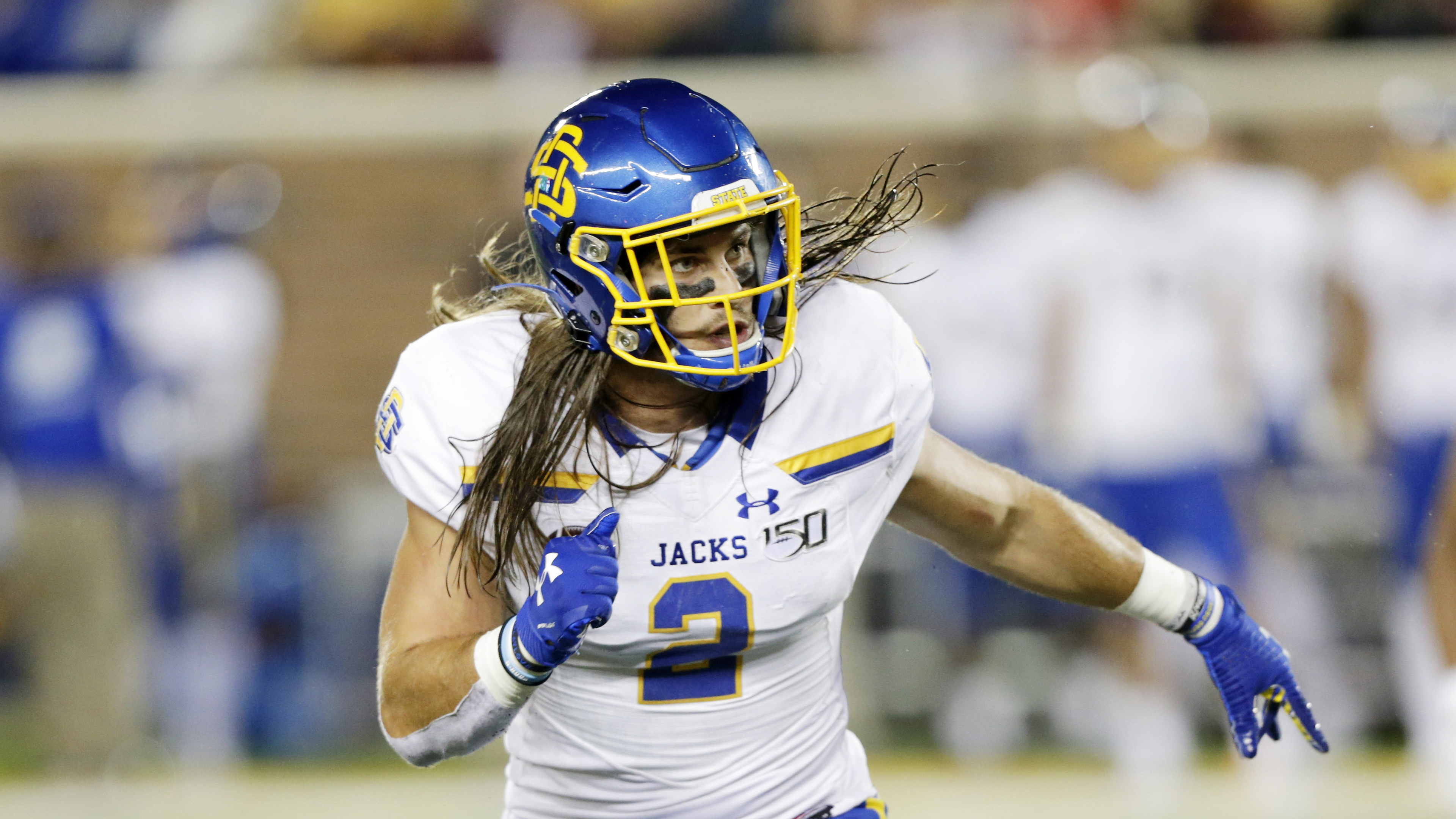 Rozeboom is an intriguing player but one who’s fallen behind a bit at outside linebacker. Ernest Jones had a good camp, as did Young and Travin Howard. Micah Kiser and Troy Reeder don’t seem to be going anywhere, either, making Rozeboom the sixth linebacker. That’s probably not enough to earn a spot on the 53-man roster, unless he can vault Kiser, Reeder or Howard in the preseason. He could be destined for another year on the practice squad if he doesn’t make the 53-man team.