The beloved actor and comedian was just 63 years old when he took his own life while also suffering from Lewy body dementia.

Zak, 38, tweeted on Wednesday, August 11, “Dad, seven years ago today you passed on. The joy and inspiration you brought to the world carries on in your legacy and in your family, friends, and fans you so loved.”

“You lived to bring laughter and to help others. I will be celebrating your memory today. Love you forever,” Zak added.

Zak, who is mental health advocate, opened up about processing grief and depression on Oprah Winfrey and Prince Harry’s docuseries “The Me You Can’t See.”

“I found myself extremely emotionally dysregulated and feeling vulnerable and exposed when I wasn’t ready to be vulnerable,” he said. “And that created a major challenge for me.”

“From my end, I didn’t get a chance to focus on the private grieving process until about a year and a half after my dad passed away…” he confessed about being in the spotlight. 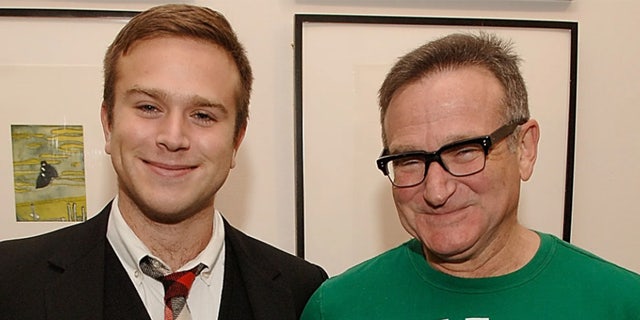 Zak is now a father and husband himself. He wed Olivia June in October 2020. The couple shares a two-year-old son McLaurin “Mickey” Clement and two-month-old daughter Zola June.

He previously told the Today show about how he’s going to introduce Robin’s work to his kids.

“I have slowly started showing photos and pictures to my son, things from movies and in animation that my dad was in,” Zak said. “… We have photos and memories around our home and he’s drawn to them. And so when he sees the Genie from ‘Aladdin’ or when he sees a photo of his grandfather, he’s drawn to it. And so we talk about it … It’s a nice way to carry on my dad’s legacy related to our family history.”

If you or someone you know is having thoughts of suicide, please contact the National Suicide Prevention Lifeline at 1-800-273-TALK (8255).