Miley Cyrus offered to educate DaBaby on the LGBTQIA+ community as he faces cancellation over controversial remarks he made during a recent live show.

While on stage at a Miami-area concert, the Grammy-nominated rapper used crude language and asked attendees who weren’t gay men or people not affected by HIV or AIDS to raise their cellphone flashlights. He then incorrectly said the disease would “make you die in two or three weeks.” His remarks prompted immediate backlash and he was quickly dropped from appearances such as New York City’s Governors Ball, Day N Vegas and Chicago’s Lollapalooza.

The rapper issued two apologies on the matter ahead of Cyrus taking to her Instagram to issue a statement about cancel culture and education regarding the LGBTQIA+ community. In the caption of her post, she specifically tagged DaBaby, whose real name is Jonathan Kirk, offering her personal help in educating him on HIV and AIDS within the community.

“@DaBaby check your DMS – would love to talk and see how we can learn from each other and help be part of making a more just and understanding future!” she wrote, directing him and readers to the public information organization Greater Than Aids. 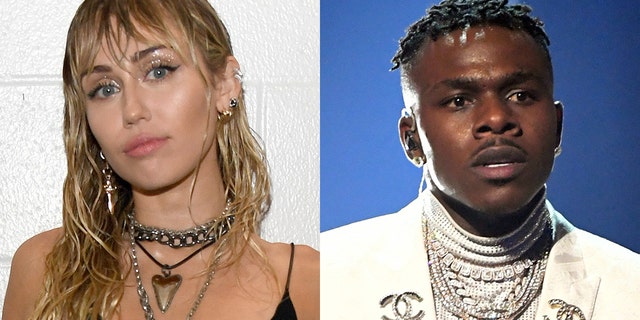 Miley Cyrus offered to educate DaBaby following backlash for homophobic comments he made at a recent concert.
(Getty Images)

In her larger statement, Cyrus railed against the online community for fueling “a lot of hate & anger” and even discussed cancel culture taking root in situations like this that she believes are ultimately a chance for “education, conversation, communication & connection.”

“As a proud and loyal member of the LGBTQIA+ community, much of my life has been dedicated to encouraging love, acceptance, and open mindedness,” she began. “The internet can fuel a lot of hate & anger and is the nucleus of cancel culture…but I believe it can also be a place filled with education, conversation, communication & connection.”

She added: “It’s easier to cancel someone than to find forgiveness and compassion in ourselves or take the time to change hearts and minds. There’s no more room for division if we want to keep seeing progress! Knowledge is power! I know I still have so much to learn!”

Cyrus has been relatively open about her sexuality since 2015. She has publicly dated both men and women in the past and continues to be an outspoken advocate for the LGBTQIA+ community.