A new Israeli study has found the risk of heart inflammation as a result of Pfizer’s coronavirus vaccine to be exceedingly low and eminently treatable.

Research conducted by Israel’s largest healthcare provider, Clalit, along with Beilinson Medical Center, published Wednesday in The New England Journal of Medicine, examined data on 2.5 million vaccinated Israelis, 94 percent of whom had received two doses of the vaccine.

It found that cases of such inflammation occurred in 54 people (51 men, three women) or 2.13 of every 100,000 vaccinees (some two thousandths of a percentage point). Of those, 98 percent of cases were mild (76%) to moderate (22%) and did not cause any damage to heart function. A single person of the 2.5 million experienced a severe case that required hospitalization, and went on to recover, the study found.

In March, reports said a 22-year-old woman died from heart inflammation after receiving her second vaccine dose, but family members blamed the death on extreme neglect during several days of hospitalization, in which her condition deteriorated but she wasn’t treated on time.

When it does occur, the heart inflammation side effect has particularly been seen in younger males, after their second dose. The new study bore that out, with 69% of cases occurring after the second shot, mostly in males and mostly in the 16-29 age group (where case prevalence was 10.7 for every 100,000).

“This study is the first to allow credible assessment of the incidence of myocarditis,” said researcher Dr. Guy Witberg of Beilinson. “The findings show this is a relatively rare occurrence even in the population at greater risk — young men.” 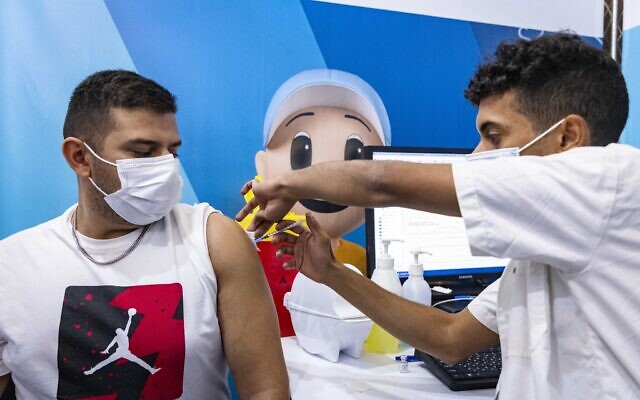 An Israeli receives a dose of the COVID-19 vaccine in Jerusalem, September 26, 2021 (Olivier Fitoussi/Flash90)

Beilinson’s Ran Kornowski called the findings “significant,” adding he hoped they would help decision-making on the vaccine, which he said had “proven huge benefit in preventing coronavirus illness and its many consequences.”

US health officials have been looking to data from Israel to help shed light on the safety of the Pfizer-BioNtech COVID-19 booster shots in young people, and the risks of developing myocarditis.

US chief medical adviser Dr. Anthony Fauci, the top US infectious disease expert, told Reuters last Friday that a key question yet to be answered was “the safety data of an mRNA in young people vis-à-vis myocarditis.”

“The Israelis will relatively soon have that data because they’re vaccinating everybody in the country I think from 12 years old up, including their military recruits,” Fauci said. He added that the data could “help address the gap in safety information on mRNA vaccines,” according to the report.

On Friday, Israel’s Health Ministry released data showing that the known side effects from the COVID-19 vaccines were significantly milder from the booster shot compared to the first two doses. Reported side effects, such as fatigue, weakness, and pain in the arm where the injection was administered, were all less common the third time round in every age group, according to the ministry.

Out of some 3.2 million Israelis vaccinated with a third COVID-19 shot, just 19 reported more serious side effects, the ministry said, adding that some are still being examined by experts to determine the connection between the side effects and the vaccine. 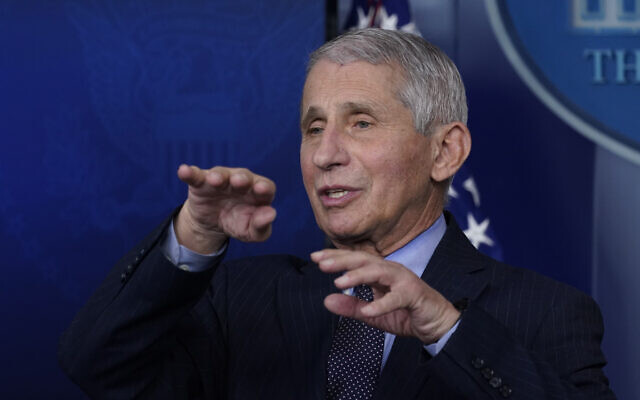 Separately, the ministry also released data on reported cases of myocarditis among those aged 12-15 who had been administered their first and second COVID-19 vaccine dose, saying the condition was seen at an “insignificant rate.”

One case was reported out of the 331,538 children vaccinated with one vaccine dose. The boy was identified with the inflammation five days after receiving the shot, according to the ministry data. And among the 255,444 children vaccinated with two doses, 11 cases of myocarditis were reported. Ten of them were male, and one was female. They were identified with the rare condition 3-5 days after receiving the shot, the ministry said.

The ministry said that all 12 were released from hospital care to be treated at home, and the condition itself went away shortly after. It added that the chances of suffering from myocarditis are less likely in older age groups, and nearly negligible among females.

“That is why I am looking very closely when Israel gets its safety data from young individuals,” he said.

“There is a great concern about the benefit-to-risk ratio of younger individuals in the context of myocarditis,” Fauci said. “We know it is a very rare event and we know that the Israelis are starting to gather a considerable amount of data that in fact will give us good insight into the risk, particularly in the vaccination of young people in your military.”

Israel has made vaccination the central plank in its efforts to curb a major resurgence of virus infections after having reduced the daily caseload in June to barely more than a dozen.

While research suggests immunity levels in those who have been vaccinated wane over time — an effect that can be reversed by boosters — the Pfizer-BioNTech vaccine is still highly protective against severe illness and death, even amid the spread of the highly contagious Delta variant.

Agencies contributed to this report.