The Health Ministry is considering seeking limitations on family gatherings during the Rosh Hashanah holiday, set to take place on September 6, due to still-high COVID-19 infections rates across the country, ministry director-general Nachman Ash said on Saturday evening.

The measures are being considered despite health officials being increasingly optimistic that Israel may be cresting the current wave of the pandemic — brought on by the highly contagious Delta variant — amid a growing campaign to administer vaccine booster shots to the population.

His comments came as Channel 13 news reported that Israel will likely block Jews without citizenship from traveling to Israel for the September holiday period. Non-citizens have been largely barred from traveling to the country since the outbreak of the pandemic.

Speaking with Kan news, Ash acknowledged that the ministry was “clearly seeing the effects of third shots” in lowering morbidity.

According to Channel 12 news, health officials are pleased with antibody counts they are seeing in people who have received third shots, which are much higher than the numbers seen after the first two doses. They believe this may mean the booster will give longer-lasting protection than the first two shots, and hope it will keep the vaccinated safe for 9-12 months.

Friday saw the Health Ministry open up third shots for all Israelis over 40. According to the network, officials believe that within days, boosters will be made available to anyone over 12, so long as six months have passed since their second shot. 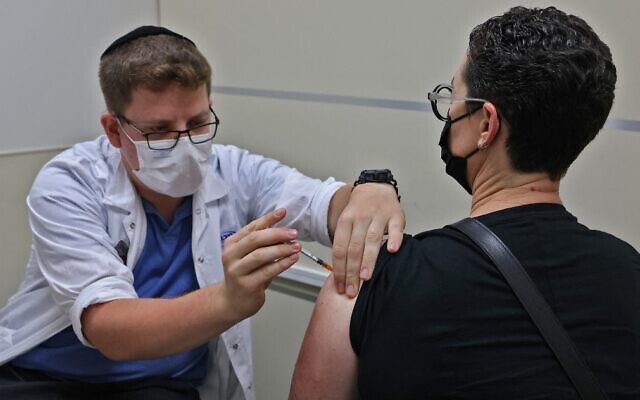 A health worker administers a third dose of the Pfizer-BioNtech COVID-19 vaccine at a Maccabi Health Services clinic in Jerusalem, on August 20, 2021, after Israel approved booster shots for those over 40. (Ahmad Gharabli/AFP)

As data improves, a majority in the cabinet support opening the school year on September 1, Channel 12 said, with ministers particularly keen on doing so as the government is gearing up to start offering first and second shots at schools, so long as parents give approval.

“Our goal is to vaccinate as many [youths] as possible through opening schools,” one unnamed top cabinet official told the network.

According to the report, elementary schools, whose pupils are largely ineligible to receive vaccines, may yet see some delay in opening.

The network also said that with a third of national teaching staff unvaccinated, officials are considering demanding such staff be tested regularly to keep schools safe. 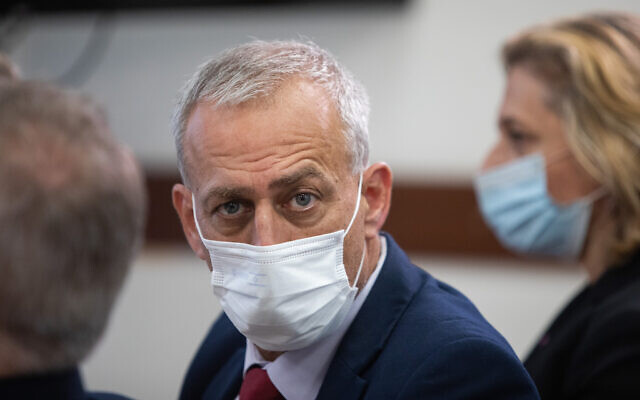 Also on Saturday, Eran Segal, a computational biologist at the Weizmann Institute of Science who advises the government on COVID-19 policy, told Channel 12: “I think we can say now, still cautiously, that we may be approaching a curbing of this wave. We need a few more days to be certain.”

He noted that the virus’s basic reproduction number, a figure representing the average number of people every carrier infects, had dropped in recent days from over 1.3 to 1.18 (any figure below 1 would mean the pandemic is shrinking).

Additionally, “After a month and a half of serious cases doubling every 10 days like clockwork, we see this week that this trend has stopped. If we had continued at that pace we would have had 823 serious cases today” instead of the current 645, he said. 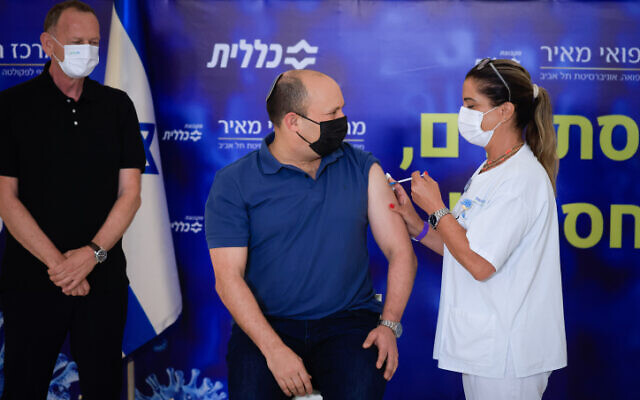 On Friday, Dr. Sharon Alroy-Preis, the Health Ministry’s head of public health services, said that the expansion of booster shots must be done cautiously, as Israel is the first country to administer the additional vaccine dose.

Alroy-Preis also said that the prospect of another lockdown is becoming more distant, saying that vaccines, Green Pass rules and restrictions on gatherings and businesses can curb the spread of the virus.

“We’ll succeed in getting through this wave and definitely aren’t jumping to a lockdown,” she said.

Prime Minister Naftali Bennett’s government has resisted calls for tighter restrictions or a lockdown to bring down infection rates, insisting that the socioeconomic damage wrought would be too great. The administration has touted vaccines as a better way to thwart the spread of the virus.

Bennett, 49, received his own booster shot on Friday after the over-40 group became eligible to get the shot.

Bennett urged the population to “embrace this unique privilege you have as Israelis — go and get vaccinated. You can protect yourselves, your livelihoods, our economy, our security, our kids’ health. We can beat Delta, but it’s up to all of our cooperation.”

The Climate Crisis and Responsible Journalism

As The Times of Israel’s environment reporter, I try to convey the facts and science behind climate change and environmental degradation, to explain – and critique – the official policies affecting our future, and to describe Israeli technologies that can form part of the solution.

I am passionate about the natural world and disheartened by the dismal lack of awareness to environmental issues shown by most of the public and politicians in Israel.

I’m proud to be doing my part to keep Times of Israel readers properly informed about this vital subject – which can and does effect policy change.

Your support, through membership in The Times of Israel Community, enables us to continue our important work. Would you join our Community today?


Join the Times of Israel Community