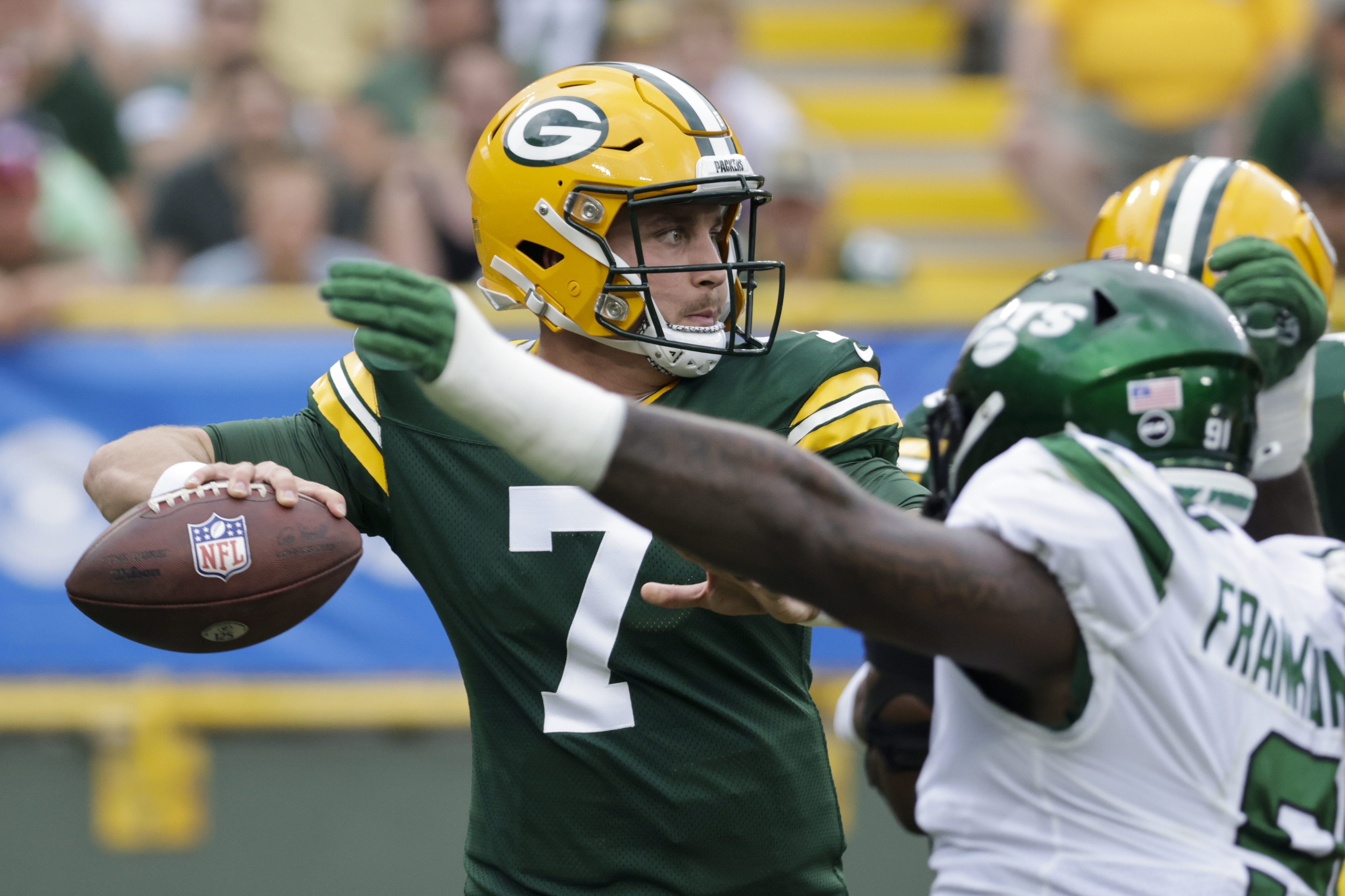 – Kurt Benkert against Jets’ starters: The Packers’ third-string quarterback got the start with backup Jordan Love still recovering from a shoulder strain he suffered last week against the Texans. Benkert produced a promising showing in the first half against the Jets’ first- and second-stringers when it really mattered, throwing for 103 yards and a touchdown. He completed 12-of-16 attempts with a 112.2 passer rating. It’s noteworthy that two of the four incompletions were drops by Jace Sternberger and Malik Taylor. Benkert isn’t making it any easier for the coaching staff to decide whether to keep three quarterbacks on the final roster.

– Royce Newman at right guard: The rookie got the start along the interior of the offensive line after taking several first teams reps this week. Newman didn’t allow a pressure in pass protection and played a big role in the running game. His best block came on an 11-yard run by A.J. Dillon with 8:30 remaining in the first quarter, where he sealed off the inside shoulder of a Jets defender and created a massive hole to run through. It’s a strong possibility Newman could be the starter at right guard in Week 1 against the Saints.

– Malik Taylor as the No. 1 WR: He was Green Bay’s de facto No. 1 receiver with several veterans resting, which provided a great opportunity to show why he deserves a roster spot. He had an early drop, but quickly rebounded to the tune of four catches for 66 yards (team-high). All four went for a first down on third down. His best play came on a beautiful back-shoulder throw and catch which put the offense in the red zone and helped set up the Packers’ second score of the game.

– The running game: The Packers rushing attack was much better compared to last week, especially in the first quarter against the Jets’ starters. AJ Dillon finished with 28 yards on four carries (7.0 average), Kylin Hill had 29 yards on seven carries (4.1 average) and Patrick Taylor had 48 yards on eight carries (6.0 average). This is more of a testament to the run blocking by the offensive line, though Dillon looked impressive on yards after contact.

– TJ Slaton as a situational pass-rusher: Who would have thought the 6-foot-4, 330-pound rookie had the ability to affect the passing game? Slaton had an impressive sack with 12:30 remaining in the third quarter, which helped stall the Jets’ opening drive of the second half. While lined up along the inside shoulder of the Jets’ right tackle, Slaton burst through the line on an impressive swim move for his first (unofficial) career sack.