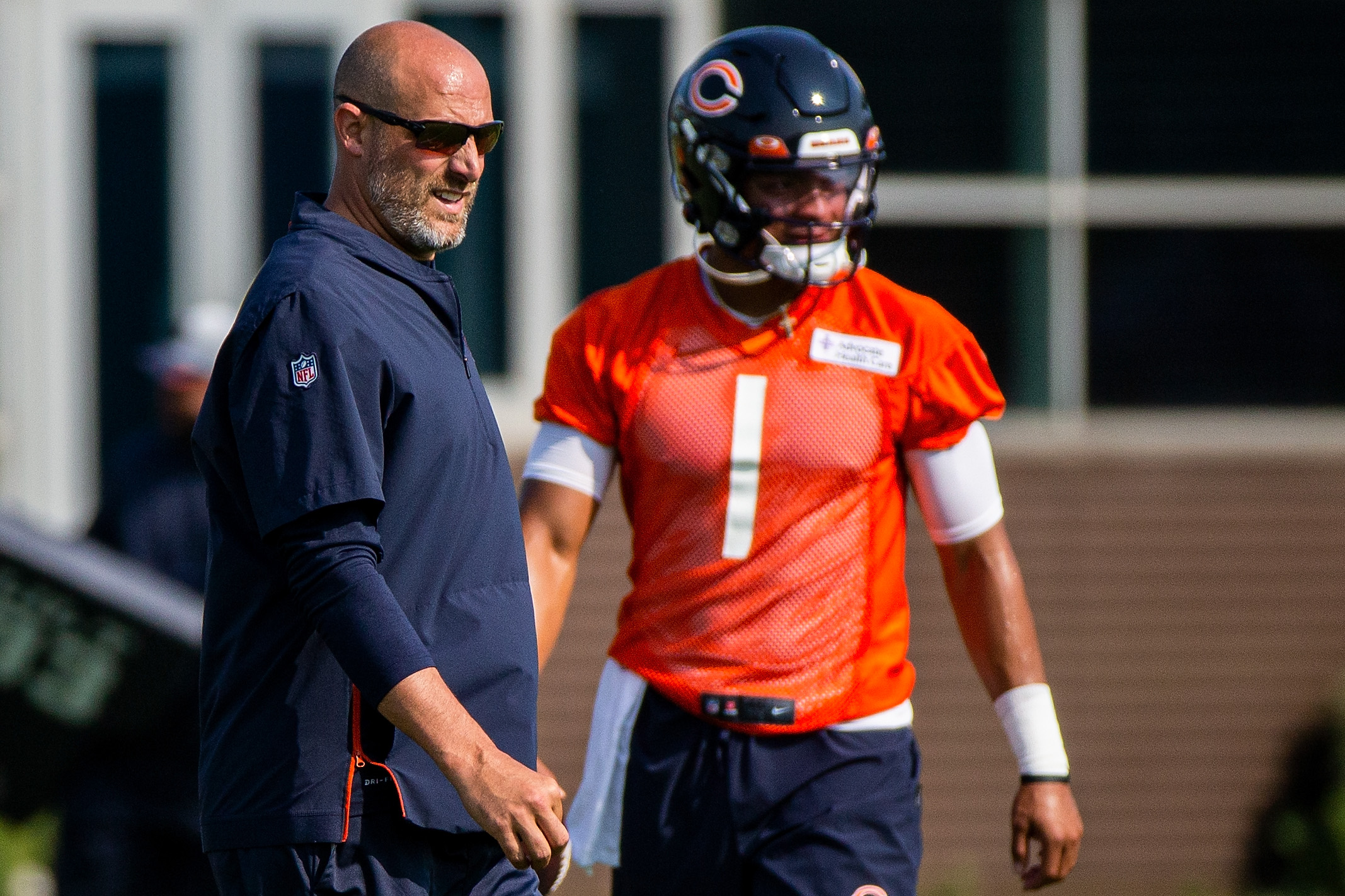 Every day it appears there’s something new to marvel at when it comes to Justin Fields, who continues to stack solid practices in training camp.

Fields continues to garner praise for his natural throwing ability, whether that’s changing his arm angles or velocity on certain throws, and it’s something that continues to shine throughout training camp, especially as he’s fitting some balls into tight windows.

Justin Fields is a really natural thrower on the move. Can change arm angles and throw with good zip/accuracy #Bears

Fields got to practice against the first-team defense on Friday, which was a good challenge for the rookie. Despite a couple of interceptions, including one on a shovel pass by linebacker Roquan Smith (which was just a great play on Smith’s part), Fields had his best day, according to The Athletic‘s Adam Jahns.

“It was Fields’ best day,” wrote Jahns. “That steal by Smith could look worse on film. But Fields always gives you a little something. On the next play on the goal line, he found rookie running back Khalil Herbert, who broke a tackle attempt by DeAndre Houston-Carson and scored. Earlier in the drill, he side-armed a touchdown pass to tight end J.P. Holtz. Both touchdowns were scored against the Bears’ first-team defense, too. His best pass was during seven-on-sevens: a perfectly thrown bomb to wide receiver Jon’Vea Johnson for a touchdown.”

Fields continues to impress with a cast of wide receivers not named Allen Robinson, Darnell Mooney or Marquise Goodwin, which makes it all the more impressive. Fields’ best throw on Friday came when he connected with Jon’Vea Johnson in stride for a deep touchdown pass for the second straight practice.

Fields is getting better with every practice, and we’re only a little more than a week into training camp. With the preseason approaching next week, it won’t be long before we get to see him in live-game action.