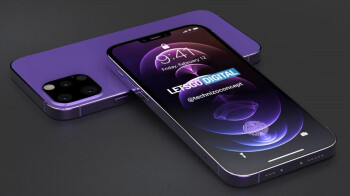 The Apple iPhone 13 series that will reportedly be unveiled in September will not feature in-display Touch ID, says Bloomberg’s Mark Gurman in the new edition of his weekly newsletter.

The possibility of the iPhone getting an in-screen fingerprint reader first emerged in 2019 when analyst Ming-Chi Kuo said Apple was planning to launch an iPhone with both Face ID and a fingerprint sensor embedded under the screen in 2021. His recent predictions indicate that the company’s plans have changed and it now aims to launch a phone with in-screen Touch ID next year.

Gurman claims that the company had tested the tech for the next flagship phones, but it won’t be implemented this year. Apple was considering including both Touch ID and Face ID on the iPhone 13, per a January Wall Street Journal report.

Gurman believes that Apple is more invested in Face ID and will probably ultimately move it behind the screen, similar to what Samsung and a couple of other Android manufactures have done with the front camera.

Apple is already working on shrinking the modules for which a notch is currently required. For the iPhone 13, the company has apparently achieved a smaller notch by reducing the size of the chip that processes Face ID images by nearly 50 percent and relocating the speaker to the top bezel.

Under-display Face ID will not be here until at least 2022, a group of Barclays analysts – who in March had said the iPhone 13 range would include in-screen Touch ID – have indicated. Apple will likely adopt hole punch cutouts before moving to seamless screens.

When Apple ultimately cracks the under-display Face ID code, there are two strategies that it could adopt, according to Gurman. First, it may reserve in-screen Face ID for the Pro models, and keep the notch on the standard variants, Or, it might equip the higher-end models with in-display Face ID and outfit the regular versions with in-screen Touch ID.

This year’s lineup is expected to be a modest upgrade over the current generation and will feature the A15 Bionic chip, bigger camera sensors, advanced video recording capabilities, bigger batteries, 120Hz screens, and a 1TB storage option.